The World's Heritage : The Best-selling Guide to the Most Extraordinary Places 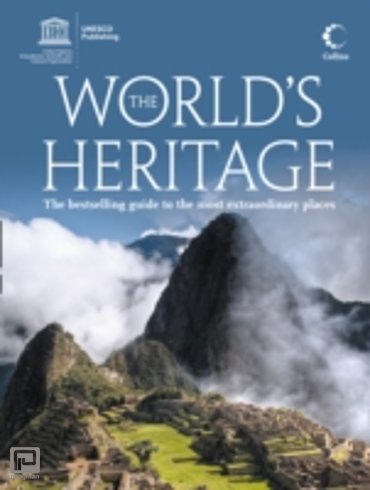 Best-selling guide to all 936 UNESCO World Heritage sites. Fully updated to include the latest sites added to the list in June 2011. The list is managed by the World Heritage Committee with strict criteria, and only the world's most spectacular and extraordinary sites make it onto the list.

The prestigious list includes some of the most famous places in the world, such as the ancient Nabatean city of Petra in Jordan, the legendary Acropolis in Athens, the Great Barrier Reef in Australia, and Machu Picchu, the 'Lost City of the Incas', in Peru. The volume includes the 25 sites added to the List by the UNESCO World Heritage Committee in June 2011, including The Persian Garden (Iran), Coffee Cultural Landscape of Colombia (Colombia), Selimiye Mosque Complex at Edirne (Turkey) and Citadel of the Ho Dynasty (Vietnam). * Over 650 colour photographs * Descriptions of all 936 UNESCO World Heritage sites * Location map for every site Background The World Heritage List includes properties forming part of the cultural and natural heritage which the World Heritage Committee considers as having outstanding universal value.

In 1972 the United Nations Educational, Scientific and Cultural Organization (UNESCO) adopted the Convention concerning the Protection of the World's Cultural and Natural Heritage. Since then, 936 sites in 153 countries have been inscribed onto the list, 725 of which are cultural, 183 natural and 28 mixed properties.