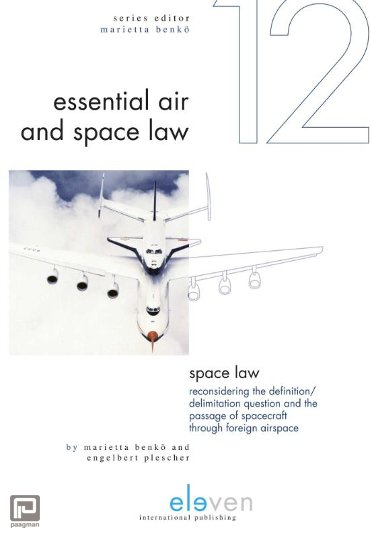 reconsidering the definition/delimitation question and the passage of spacecraft through foreign airspace
This book deals with the 'definition/delimitation question' with special regard to the passage of spacecraft through foreign airspace for reaching the orbit and returning to Earth. This is particularly important for space transportation systems like the US Space Shuttle or the Soviet BURAN, which were used in the past. New systems are already planned in the US, Europe and China. However, they will all encounter the same 'passageproblems' as their two predecessors, according to the present and foreseeable state of space technology. The authors start with a presentation of the relevant technical basics, which is then followed by legal considerations taking into account the extremely sensitive space environment where civilian, commercial and governmental (including military) activities are conducted by fundamentally different actors with diverging interests and philosophies. In this context State practice with respect to passage rights and agreements with respect to abort and emergency landing sites on foreign territory are also discussed. As an annex a comprehensive selection of relevant documents is reprinted.