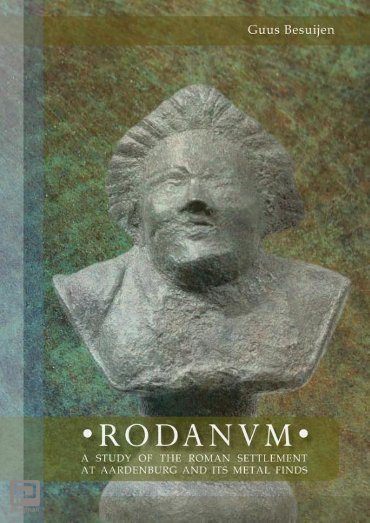 a study of the Roman settlement at Aardenburg and its metal finds
Beneath the surface of Aardenburg, a small town in the south-western part of the Netherlands, lie the remains of a Roman settlement that is presumed to have been named Rodanum. Extensive archaeological excavations from the late 1950's to the late 1980's revealed that the Roman settlement was similar in size or even larger than the modern community at this location. Its centre was formed by a large castellum-type fortification wall that enclosed several large stone buildings. The settlement was connected to the sea by a natural watercourse that defined its economic and logistical importance in the region. Rodanum's military function was to secure the regional coast against attacks by Germanic tribes via the North Sea, which occurred around AD 175. It continued to be inhabited until the late third century or the beginning of the fourth century, after which the settlement was deserted until the early Middle Ages.
The first part of this study provides an overview of Aardenburg during the Roman period, in which its economic and military functions within the region are explored. In particular, the military and civilian character of the town is discussed. The second part contains a study of the metal objects and aims to present significant additional information. This part concludes with a critical review of the current state of research at this site.