Shell Shocked : My Life with the Turtles, Flo and Eddie, and Frank Zappa, Etc... 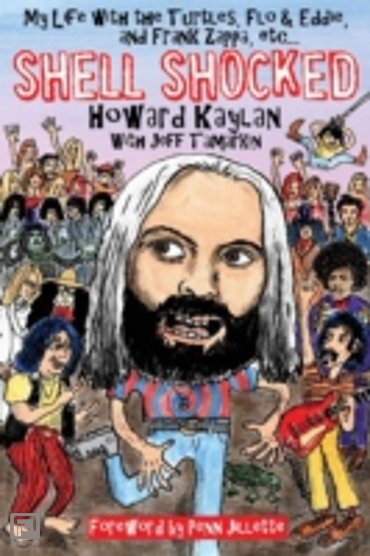 If Howard Kaylan had sung only one song, the Turtles' 1967 No. 1 smash hit "Happy Together", his place in rock-and-roll history would still be secure. But that recording, named in 1999 by BMI as one of the top 50 songs of the 20th century, with over five million radio plays, is only the tip of a rather eye-opening iceberg.

For nearly five decades, Howard Kaylan has been a player in the rock-and-roll revolution - in addition to his years with the Turtles, Kaylan was a core member of Frank Zappa's Mothers of Invention at their peak - a wild and dangerous ride that he is only too happy to report on, naming names and shedding shocking tales of sex, drugs, and creative excess, before he finds himself a part of glam rock history with Marc Bolan and T. Rex, and giving street cred and harmonies to everyone from John Lennon, Bruce Springsteen, and Alice Cooper to the Ramones, and Duran Duran, to name just a few. Among rock memoirs, "Shell Shocked" will stand alone as not only one of the best told, but one with a truly candid and unmatchable story of rock-and-roll insanity and success from a man who glories in it all.