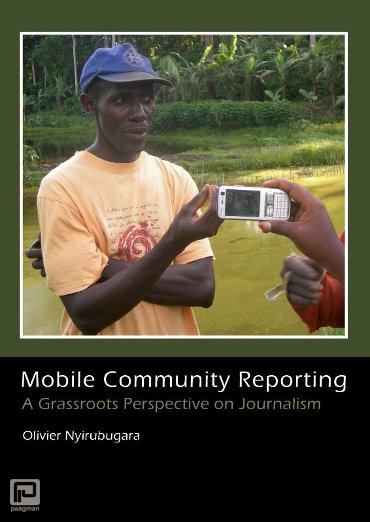 a grassroots perspective on journalism
Almost everyone in Africa knows a mobile phone, the most widespread communication technology on the continent. That technology started as a voice-only tool before integrating other functions such as messaging, sound and image recording and many others. This book is about ways in which some of those new functions are giving a new face to the field and practice of journalism. That field has for long been dominated by professionally trained journalists, but the trend set in motion by the arrival of the World Wide Web and the mobile phone, among other technologies, is that ordinary people, including members of local communities in marginalised areas, are increasingly doing journalism.

In this book, the author presents what he calls the Mobile Community Reporting approach based on a six-year training experiment in which he was involved as trainer and coach in eight African countries. The main argument underlying the MCR approach is that if a member of the community, using a reporting tool familiar to that community, and taking into account the values, interests and worldviews of that community, covers news, chances of capturing what the community thinks are very high.

This book is a must-read piece for those in Africa and elsewhere, who are involved or interested in journalism and communication, and those involved or interested in activism, advocacy, and development projects, where communication processes could take advantage of the Mobile Community Reporting approach to capture what the bottom thinks and does.