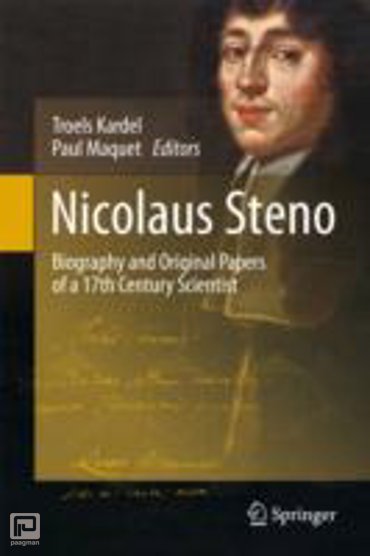 This is by far the most exhaustive biography on Niels Stensen, anatomist, geologist and bishop, better known as "Nicolaus Steno". We learn about the scientist's family and background in Lutheran Denmark, of his teachers at home and abroad, of his studies and travels in the Netherlands, Belgium, France, Italy, Austria, Hungary, Bohemia and Germany, of his many pioneering achievements in anatomy and geology, of his encounters with Swammerdam, Malpighi and with members of the newly established Royal Society of London and the Accademia del Cimento in Florence, and with the philosopher Spinoza. It further treats Stensen's religious conversion.

The book includes the full set of Steno's anatomical and geological scientific papers in original language. The editors thoroughly translated the original Latin text to English, and included numerous footnotes on the background of this bibliographic and scientific treasure from the 17th century.