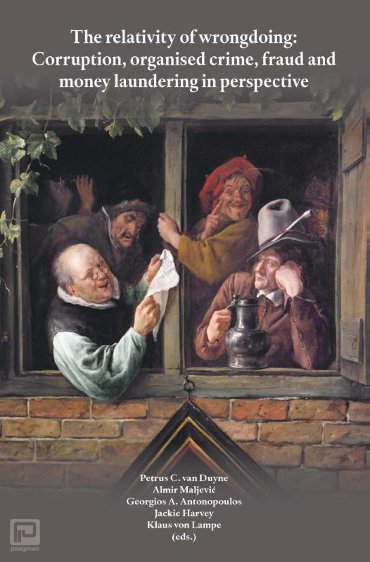 corruption, organised crime, fraud and money laundering in perspective
When we look back at the past decades of crime and criminal policy development, a substantial part of which - 15 years - is covered by the Cross-border Crime Colloquium Volumes, one cannot avoid a feeling of relativity: within a lifetime some moral and criminal issues have changed from 'threat' to 'acceptable' or the other way round, or are only nominally maintained but their urgency has become diluted or 'bleached'. One may call this relativity the 'wink of history'. Naturally much depends on the subject at stake: moral relativity does not always express itself unambiguously as there are so many shades between black and white. The criminological issues of this volume which covers a range of criminal manifestations, from corruption, organised crime in post conflict regions, cigarette smuggling, money laundering, fraud and their supervisory bodies, can be represented as a kind of 'relativity parade', analogous to the Gay Pride Parade. In this volume it is called the 'Moral Relativity Pride Parade' and it is this lens through which we address this diversity of subjects.
Depicting the elaborated themes as a parade of Moral Relativity Floats with a challenging crew of participants, does not hide the fact that there is also much policy making moral duplicity presented with no tinge of 'relativity' but dressed in the cloths of moral rectitude. For example: tough-on-(organised) crime legislation neglecting basic principles of criminal law safeguards; crying wolf against certain forms of organised crime when the real issue is poverty; supervisory structures which look more like a bad marriage relationship between supervisors and the supervised actors than addressing the (money laundering) problem in the real life; or prioritising a concern like EU fraud while installing an European agency as a toothless watchdog.
This fourteenth volume of the Cross-border Crime Colloquium, an institution which stimulates a critical discourse on crime and crime-control in Europe and beyond, contains the peer-reviewed critical and innovative contributions of 23 international experts. The chapters are based on empirical data or critical theorising and highlight new aspects of these fields.