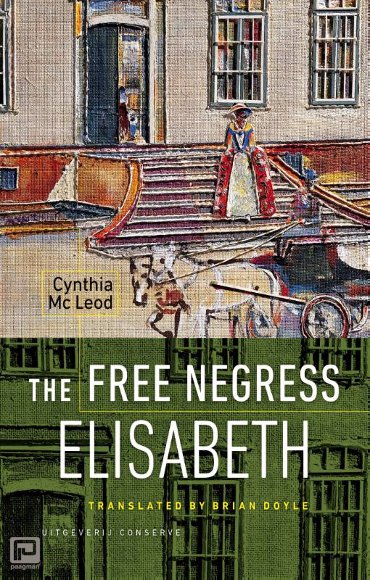 She was an eighteen-century black Surinamese woman worth millions of dollars. But she sought the forbidden: to marry a white man. Why, when she had so much?
Elisabeth Samson's immense wealth puzzled many early historians who concluded that it could only have been the result of an inheritance from a master with whom she had lived and by whom she bad been set free. After all, how could a woman during a period of slavery and institutionalized discrimination have accumulated so much wealth? And why, when then, was she so eager to marry a white man in a time when whites established their own rules and standards for all?
The novel, translated from Dutch into English by Brian Doyle, is set in the eighteen-century Dutch Guiana (Surinam) where it was not unusual for a white man to solicite black women. Instead, we remain intrigued with this mysterious, fascinating, and intelligent black woman's dream of marrying a white man, in defiance of all norms and conventions, to gain the acceptance she craves in Dutch colonial society.

Cynthia Mc Leod (Paramaribo, 1936) is the daughter of Dr. Johan Ferrier, the last governor and the first president of Surinam. She invested twelve years of historical research in writing The Free Negress Elisabeth, and is widely regarded as one of the leading authorities on Surinamese history. Her book Hoe duur was de suiker?/The Cost of Sugar was and is an instant bestseller of which Jean van de Velde has made a movie and 4-part tv-series.