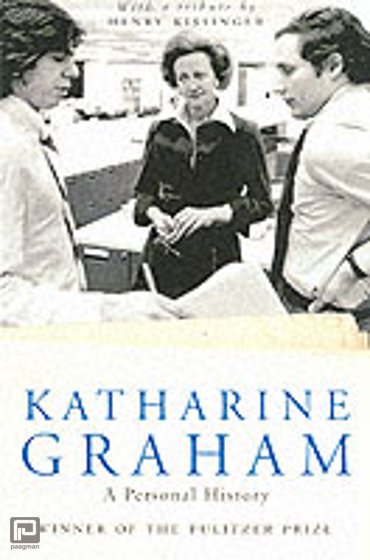 This is the late Katharine Graham's Pulitzer Prize-winning autobiography. Katharine Graham's father was a multi-millionaire who left private business and government service to buy and restore the down-and-out Washington Post. Her husband Phil Graham was a brilliant and charismatic man whose plunge into manic depression and eventual suicide is recounted movingly and charitably in this book.

Above all, Katharine Graham tells her own story - the contradictions of her privileged yet lonely childhood; the tragic drama of her marriage - and the challenges of her new life as the head of a great newspaper company. An extraordinarily frank, honest and generous book by one of America's most famous and admired women, owner of one of its greatest newspapers, the Washington Post. This is more than the mere life story of a successful woman.

It deals with power and politics at the centre, and the relationship between the White House and the press, notably over Watergate.