The Moral Commonwealth : Social Theory and the Promise of Community 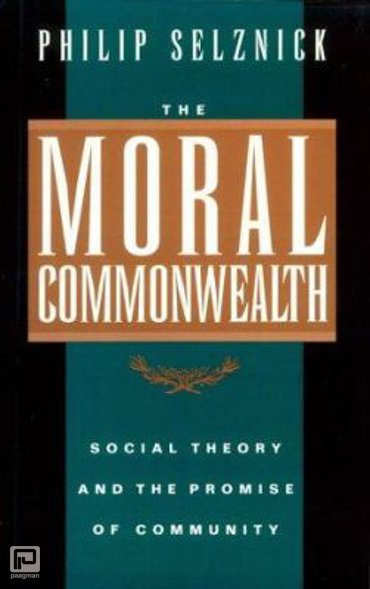 Philip Selznick's study of moral and social theory establishes the intellectual foundations of an important new movement in American thought: communitarianism. Emerging in part as a response to the excesses of American individualism - particularly rampant during the 1980s - communitarianism seeks to restore the balance between individual rights and social responsibilities. "The Moral Commonwealth" attempts to explain and justify this communitarian turn and give it a liberal interpretation.

Selznick begins by challenging the pervasive subjectivism and relativism of modern and postmodern thought. He vigorously defends the place of objectivity in moral discourse, particularly in establishing the common good - in how we make and justify our moral choices, whether in educating children, supporting the arts or protecting the community against private indifference and greed. He then examines three closely connected levels of moral experience - persons, institutions, and communities.

The book ends with wide-ranging discussion of the foundations of community and, most importantly, of the promise of justice and democracy. Selznick grounds his theory of community in the experience of everyday