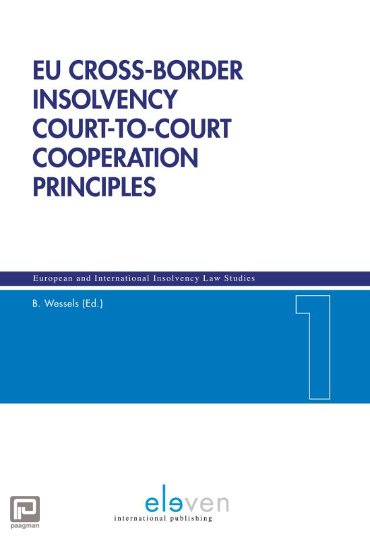 This publication contains a set of 26 EU Cross-Border Insolvency Court-to-Court Cooperation Principles ('EU JudgeCo Principles') and 18 EU Cross-Border Insolvency Court-to-Court Communications Guidelines ('EU JudgeCo Guidelines'). These EU JudgeCo Principles will strengthen efficient and effective communication between courts in EU Member States in insolvency cases with cross-border effects. They have been produced in a period of two years (2013-2014), developed by a team of scholars of Leiden Law School and Nottingham Law School, in collaboration with some 50 experts, including 25 judges representing just as many different EU countries. The principles are set in EU stone, in that they especially function within the framework of the EU Insolvency Regulation. The texts have been aligned with the text of the recast of the Regulation, as published early December 2014.

The EU JudgeCo Principles try to overcome present obstacles for courts in EU Member States such as formalistic and detailed national procedural law, concerns about a judge's impartiality, uneasiness with the use of certain legal concepts and terms, and, evidently, language. The texts further build on existing experience and tested resources, especially in cross-border cases in North America, but tailor-made into an EU insolvency law context. These Principles include a set of very practical EU JudgeCo Guidelines to facilitate communications in individual cross-border cases. The project was funded by the European Union and the International Insolvency Institute (III) (www.iiiglobal.org) and we thank both sponsors for their continued support.