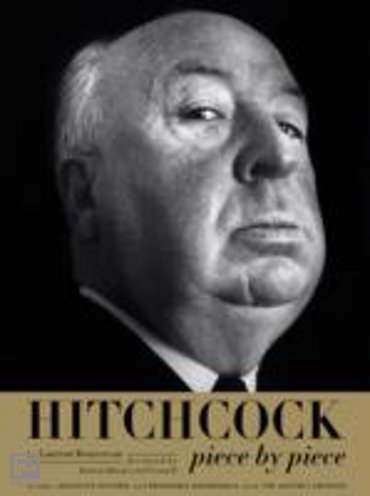 This is the first-ever illustrated biography of Alfred Hitchcock, the British filmmaker whose groundbreaking thrillers transformed the genre in the twentieth century. Published to coincide with the thirtieth anniversary of his death and the fiftieth anniversary of the release of Psycho, Hitchcock, Piece by Piece includes a foreword by his daughter, Patricia Hitchcock O'Connell. The book is packed with photographs from Hitchcock's own archive, many of which have never been published before, along with removable memorabilia, such as letters, memos, snapshots, and other documents, which frame the story of the director's life and work.

In a career that spanned sixty years, Hitchcock made more than fifty feature-length films, as well as hosting his eponymous television series. Author Laurent Bouzereau puts this incredible canon into perspective, examining the master's life thematically: his archetypal anti-heroes; his complicated female characters; his charming villains; and something Bouzereau calls the Hitchcock touchA" - those elements of film that are, quite simply, Hitchcockian.