The light’s at the end of the funnel! 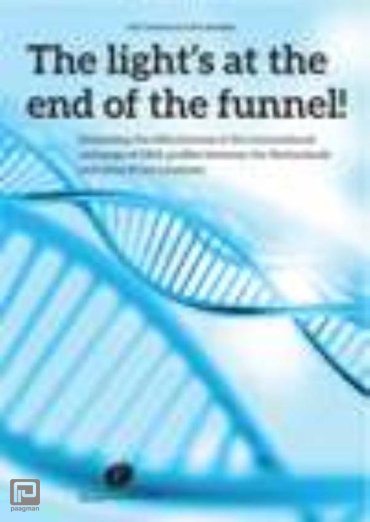 evaluating the effectiveness of the transnational exchange of DNA profiles between the Netherlands and other Prüm countries.
While few would still hold forensic DNA analysis for the cure-all for unsolved crimes that many once believed it to be, DNA evidence now clearly ranks as one of the most powerful types of forensic evidence available. In addition to its unrivalled potential to eliminate the innocent and include the potentially guilty, it has proved its capacity to produce a decisive breakthrough in hitherto unsolved crimes. Furthermore, it has been instrumental in resolving miscarriages of justice, thereby revealing the limitations of many traditional types of evidence, including (eye)witness evidence.

Recent developments such as the increase in transnational crime, the blurring of national boundaries and the ongoing digitization of society, have made the exchange of DNA profiles across national borders a welcome new tool in the investigative arsenal. It enables the rapid identification of donors of DNA traces whose reference profiles are stored in foreign databases. To date, there have been some obvious success stories. In press releases, several examples are described of crimes that were committed in the Netherlands and were solved after a crime scene profile in the Dutch forensic DNA database gave a match with an offender profile stored in the DNA database of another European country. However, apart from this limited number of spectacular but essentially anecdotal high profile cases, little is known about the actual effectiveness of the transnational DNA profile exchange in bringing cases to court. Here, the follow-up of a match is the key issue. No follow-up means no added value for the resolution of crimes. Therefore, a true measure of the effectiveness of the exchange process is not obtained by just counting the number of detected matches but by examining how many matches eventually play a role in criminal investigations.

This book reports on just such a study. It looks at the effectiveness of the exchange and comparison of DNA profiles between various European countries, more specifically between the Netherlands and Austria, Bulgaria, Finland, France, Germany, Luxembourg, Slovakia, Slovenia and Spain. The study follows the route of transnational DNA matches detected in 2010 through the Dutch legal system. It appears that some 6% of these matches make it to court. One of the more striking findings of the study is the difference observed between follow-up figures for border as opposed to non-border regions. Our findings also suggest that, like repeat offenders generally and in spite of the presence of a national border, criminals living near a border may likewise tend to commit additional crimes in locations close to those of their previously committed crimes and at a relatively small distance from their place of residence rather than in places further afield.

The study was undertaken as part of the larger PIES project (Prüm Implementation, Evaluation and Strengthening of forensic DNA data exchange) carried out on behalf of the European Commission, Directorate General Home Affairs.