The Edge Chronicles 6: Midnight Over Sanctaphrax : Third Book of Twig 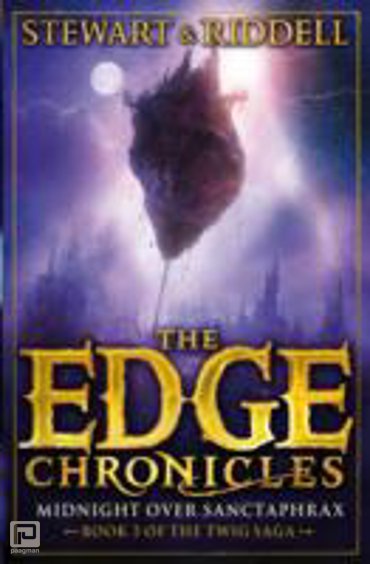 Midnight Over Sanctaphrax is the third book of the Quint Saga, part of the bestselling Edge Chronicles - over three million copies sold! Far out in open sky, a storm is brewing. In its path is Sanctaphrax - a city built on a floating rock and tethered to the land by a massive chain. Only Twig - a young sky pirate captain who has dared to sail over the Edge - has learned of the approaching danger.

But his perilous voyage destroys his sky ship, hurling his crew into and beyond the Deepwoods, and robbing Twig of his memories...