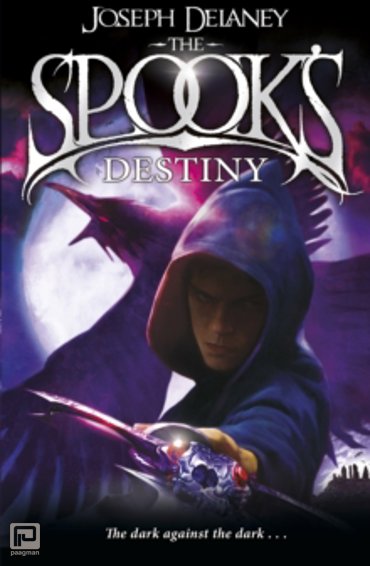 The Spook's Destiny is the eighth book in Joseph Delaney's terrifying Wardstone Chronicles - over 3 million copies sold worldwide! 'You belong to the blade now. You'll belong to it until the day you die...' Tom, the Spook's Apprentice, has travelled to Ireland, where he must tackle a group of evil mages. His dangerous mission leads him to the Destiny Blade - a sword with a dark side, and a thirst for blood.

Could this new weapon give him a fighting chance against the Fiend? And dare he accept the help of Grimalkin, the terrifying witch assassin?