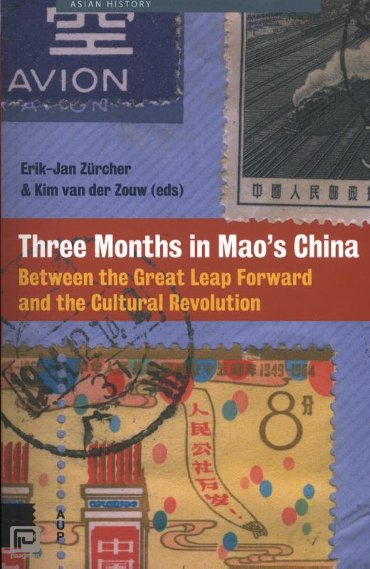 between the great leap forward and the cultural revolution
In the fall of 1964, sinologist Erik Zürcher traveled for the first time to China, a country he had been studying since 1947. A collection of Zürcher's personal writings from his trip, including letters and diary entries, Three Months in Mao's China offers not only new insights about the great scholar, but also a rich picture of communist China, which was in those days still almost completely inaccessible to Westerners.
During a tumultuous time in world politics, as Nikita Khrushchev was deposed, Lyndon Johnson won the US presidential election against Barry Goldwater, and China became a nuclear power, Zürcher experienced the reality of China under Mao Zedong. Only recently discovered, these documents portray through an expert's eye a land in the midst of its own massive political, social, and economic change. Both a fascinating account by an informed outsider and a reminder of just how much China and the rest of the world have changed over the last fifty years, this is essential reading for anyone interested in East Asia and Asian history as a whole.