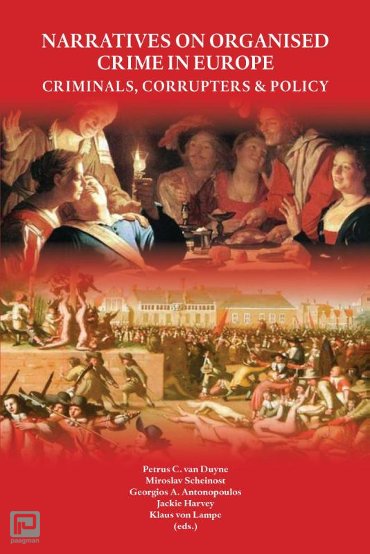 In this Cross-border Crime Volume a number of important European criminal narratives have been brought together. The chapters speak of criminal 'narratives' having a particular leitmotif around which elements of criminal phenomena are ordered such that a specific meaning can be conveyed. Corruption, organised and economic crime, fraud and money laundering are important themes for narratives about crime in Europe. The phenomenon of corruption has many common elements, which in each country become re-arranged into a national narrative or discourse. At present such narratives on corruption in Eastern Europe are highly relevant, in particular in view of the relationships with the EU. Also the organised crime narrative still has a prominent place in the European crime scene, whether it concerns Russian organised crime or cybercrime, targeting banks as well as individuals. The organisation of fraud and economic crime remains a serious challenge to consumers as well as the business sector. Amidst all these high-level forms of criminal organisation one can also find "traditional" versions of organised lawlessness, for example outlaw motorcycle gangs that continue to capture the imagination of law enforcement and the general public, not only Scandinavia.

This fifteenth volume of the Cross-border Crime Colloquium, held once a year at a different locatuion in Europe since 1999, contains the peer reviewed contributions of 18 internationally established and up-coming experts in the field of organised and economic crime, corruption, fraud and money laundering. The chapters are based on original empirical date and critical analysis and provide new insights in these fields, stimulating a critical discourse on criminal phenomena in Europe and beyond.