Artemis : Virgin Goddess of the Sun and Moon 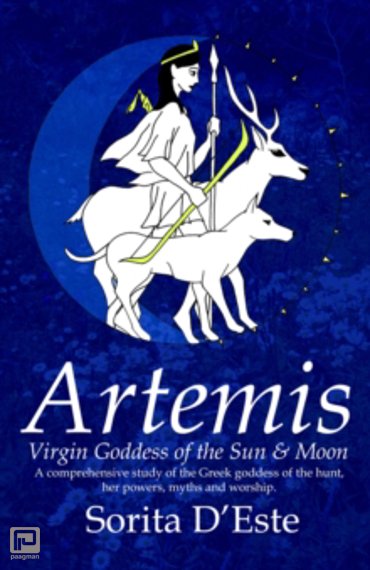 The goddess Artemis is best known today as a goddess of the hunt and of the new moon, yet to those who worshipped at her ancient temples and sanctuaries she was far more than just that. To them she was a powerful and complex goddess whose influence spread far and wide throughout the ancient world. She was worshipped and celebrated as a goddess of childbirth, women, song, dance and of wild animals. As the daughter of the Titan goddess Leto by the Olympian Fathre god Zeus, Artemis would prove herself from the moment of her own birth, by assisting her mother with the birth of her own twin brother, Apollo. Zeus, who fathered children with many other goddesses and mortals, had a special affection for ARtemis from the start and gave her all the gifts she asked for and more, making her one of the most powerful of the Olympian goddesses. Artemis, Virgin Goddess of the Sun & Moon by Sorita D'Este, explores the myths, powers and worship of this beautiful goddess. It is a throrough study with details of her temples and sanctuaries, the festivals which were held in honour of her, the roles she fulfilled in the myths, animals which were sacred to her, her relationship with her virgin attendants and other deities, as well as the many titles which were bestowed upon her. This groundbreaking book provides the most comprehensive study of this enduring goddess to date.