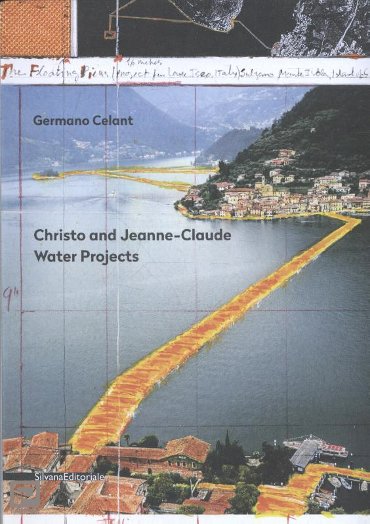 water Projects
Christo and Jeanne-Claude. Water Projects, edited by Germano Celant in collaboration with con CVJ Corporation, is the title of the catalogue (published in English and Italian) released on the occasion of the exhibition by the same title, opening in Brescia at the Santa Giulia Museum, April 7, 2016. The catalogue will include Christo and Jeanne-Claude's realized and not realized large-scale projects from 1961 to 2016. Besides the famous wrapped monuments, from the Kunsthalle in Bern (1967-1968) to the Reichstag in Berlin (1971-1995), the publication also includes the barriers made with barrels or with fabric, from Wall of Oil Barrells - The Iron Curtain in Paris (1961-62) to Valley Curtain in Rifle, Colorado (1960-62), the great inflatable objects, from 42,390 Cubic Feet Package of Minneapolis (1966) to 5600 Cubicmeter Package, Project for documenta IV in Kassel (1967- 1968), and the fabric pathways, such as Wrapped Walk Ways in Kansas City (1977-1978), or doors, such as The Gates in New York (1979-2005).
The seven Water Projects - Christo and Jeanne-Claude's installations sharing a connection with water - are considered in further depth. In these projects, from Running Fence, Sonoma and Marin Counties, California (1972-1976) to Over the River, project for the Arkansas River, State of Colorado (dal 1992), the artists worked establishing a close connection with natural, suburban and urban landscapes which all share a relation with water, be it an ocean, a sea, a lake or a river.
Among the Water Projects we must mention The Floating Piers, an installation opening June18 to July 3, 2016, which will allow visitors to walk across Lake Iseo and along its shores on a 3-kilometre route. By means of modular floating piers covered in shimmering yellow fabric, the installation will link the town of Sulzano on the lake's shores, to Monte Isola, also reaching the Island of San Paolo.
Every work included in the catalogue will be accompanied by an explanatory text with all the relevant technical and historical information, along with preparatory drawings, collages, scale models, and photographic documentation of the project's phases of ideation, preparation and realization. The catalogue, besides a rich photographic section, includes an introductory text by Germano Celant and a dialogue between the curator and Christo. The volume also comprises the artists' biography and a complete list of projects, bibliography and filmography.