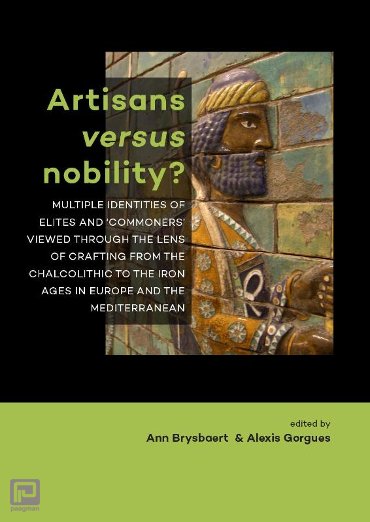 multiple identities of elites and ‘commoners’ viewed through the lens of crafting from the Chalcolithic to the Iron Ages in Europe and the Mediterranean
In prehistoric Europe hierarchic societies arose and developed technological systems and processes in the production of objects related to everyday use, on the one hand, and items of religious and symbolic character emulating prestige and luxury, on the other, while both types of objects may not always be clearly distinguishable.
This volume deals with questions of how artisans and other social groups, involved in these productive processes and social practices, reacted to and interacted with the demands connected with elites identities formation, affirmation reconfirmation practices. Innovations and the development of new technologies designed to satisfy the needs of ostentatious behaviour and achieving prestige are key issues of this volume. For example, how can we identify the consequences of such processes, how can we define the role(s) that the craftspeople played in such contexts, and are these always as clear-cut as usually portrayed? The book's common aim is to investigate the economic, socio-political, as well as the technological contexts and backgrounds of the make-up of material culture and technologies in these periods. We examine which role(s) artisans may have played in status and identity formation processes, in rituals and in symbolic performances, in other words, in each aspect of life and death of selected Chalcolithic, Bronze and Iron Age populations in Europe. Many aspects of the social interaction patterns between the different groups of people in those periods have not been adequately discussed and investigated, especially the artisans' important role(s). This volume aims to redress these imbalances by investigating how social groups interacted with each other, and how we may recognize such interactions in the material remains.
about the editors:
Ann Brysbaert is Associate Professor/Reader in Archaeological Sciences and Material Culture Studies at the Faculty of Archaeology, Leiden University where she is the Principal Investigator for the ERC Consolidator Grant funded project SETinSTONE (2015-2020). Previously, she held permanent and senior research positions at the University of Leicester (Museum Studies), Glasgow University (Dept of Archaeology), Heidelberg University and Leiden University, and has been Professeur Invitée at the University of Bordeaux Montaigne, France. Her main publications to-date are: Material Crossovers: Knowledge Networks and the Movement of Technological Knowledge between Craft Traditions. London: Routledge (2014, with K. Rebay-Salisbury and L. Foxhall); Tracing Prehistoric Social Networks through Technology: A Diachronic Perspective on the Aegean. London: Routledge (2011); Power of Technology in the Bronze Age Eastern Mediterranean. The Case of Painted Plaster. (Monographs in Mediterranean Archaeology, 12), London: Equinox Press (2008). She is currently finalizing: Tracing Local, Regional and Interregional Craft Networks Viewed through a Technological Lens at Late Bronze Age Tiryns. A Comparative Mycenaean Workshop Study. (Universitätsforschungen zur Prähistorischen Archäologie. Reihe Heidelberg). Bonn: Rudolf Habelt (with M. Vetters).
Alexis Gorgues is Associate Professor in Late Prehistoric Archaeology at the University of Bordeaux Montaigne. He was previously fellow of the Casa de Velázquez (Ecole des Hautes Etudes Hispaniques et Ibériques, Madrid, 2003-2005), and Assistant Lecturer at the University of Toulouse 2- Jean Jaurès. He directed excavations in Southern France and Spain, on Late Bronze Age and Iron Age settlements as well as in potters' workshops. His main publications to date are (with P. Moret and J.A. Benavente Serrano) Iberos del Matarraña. Investigaciones arqueológicas en Valdeltormo, Calaceite, Cretas y La Fresneda (Teruel), (Al-Qannis, 11), Alcañiz (2006) and Economie et société dans le nord-est du domaine ibérique, (Anejos del Archivo Español de Arqueología, LII), Madrid (2010).