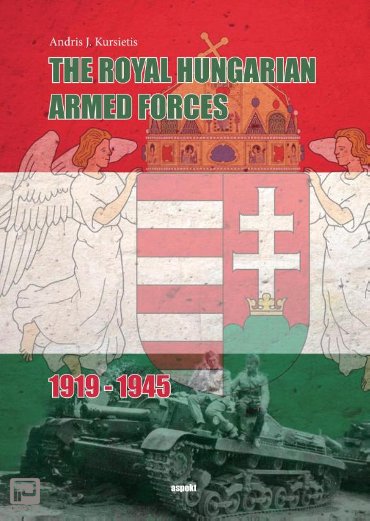 Andris Kursietis has been a researcher of military history for over forty years, concentrating on Germany and her Axis allies, using resources that span the globe. This book, "The Royal Hungarian Armed Forces 1919-1945" presents the order of battle of the Hungarian forces, and the military careers of over 600 Hungarian generals. He has also authored/edited two other books on the subject of the Hungarian army: "The Hungarian Army and its Military Leadership in World War II" (published in 1996), and "A Lifetime for Hungary", the autobiography of Hungarian general Jen? Bor, published in 2014.

For his work on the Hungarian military, the Hungarian Knightly Order of Vitéz in 1997 awarded Kursietis its Cross of Merit. He is also the recipient of the Silver Medal of Merit from the World Federation of Hungarian Veterans, and the Bronze Service Cross from the International Hungarian Military History Preservation Society.