Breaking the Chains of Gravity 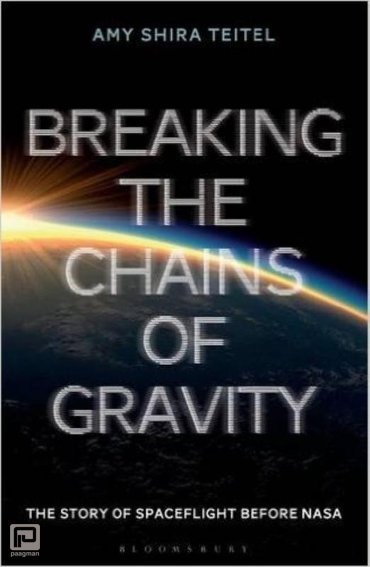 The Story of Spaceflight Before Nasa
NASA's history is a familiar story, one that typically peaks with Neil Armstrong taking his small step on the Moon in 1969. But America's space agency wasn't created in a vacuum. It was assembled from pre-existing parts, drawing together some of the best minds the non-Soviet world had to offer.

In the 1930s, rockets were all the rage in Germany, the focus both of scientists hoping to fly into space and of the German armed forces, looking to circumvent the restrictions of the Treaty of Versailles. One of the key figures in this period was Wernher von Braun, an engineer who designed the rockets that became the devastating V-2. As the war came to its chaotic conclusion, von Braun escaped from the ruins of Nazi Germany, and was taken to America where he began developing missiles for the US Army. Meanwhile, the US Air Force was looking ahead to a time when men would fly in space, and test pilots like Neil Armstrong were flying cutting-edge, rocket-powered aircraft in the thin upper atmosphere.

Breaking the Chains of Gravity tells the story of America's nascent space program, its scientific advances, its personalities and the rivalries it caused between the various arms of the US military. At this point getting a man in space became a national imperative, leading to the creation of the National Aeronautics and Space Administration, otherwise known as NASA.