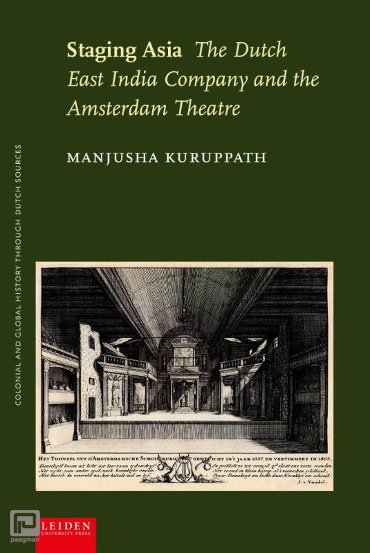 the Dutch East India Company and the Amsterdam theatre
How is it possible that three playwrights in the early modern Dutch Republic wrote dramas based on contemporary political events in Asia? Reflecting on this remarkable phenomenon, "Staging Asia" traces the passage of the stories surrounding three political revolutions from seventeenth-century Asia through to the Dutch Republic and their ultimate manifestation as dramas. This book explores the nature of the representation of the Orient in these plays and evaluates how this characterization was influenced by the channels that these dramatists relied on to gather information for their works. As these dramas exhibit strong connections to the Dutch East India Company, this work additionally examines the role of that enterprise in disseminating information on Asia and producing imagery about the Orient.

Manjusha Kuruppath received her PhD from the Department of History, University of Leiden. Her research interests include literary history, history of the Dutch East India Company and early modern Asian history.