Sculpting in Time : Reflections on the Cinema 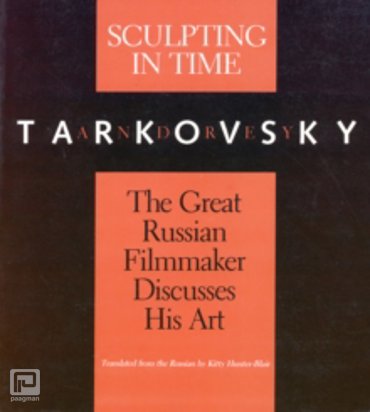 Andrey Tarkovsky, the genius of modern Russian cinema-hailed by Ingmar Bergman as "the most important director of our time"-died an exile in Paris in December 1986. In Sculpting in Time, he has left his artistic testament, a remarkable revelation of both his life and work. Since Ivan's Childhood won the Golden Lion at the Venice Film Festival in 1962, the visionary quality and totally original and haunting imagery of Tarkovsky's films have captivated serious movie audiences all over the world, who see in his work a continuation of the great literary traditions of nineteenth-century Russia. Many critics have tried to interpret his intensely personal vision, but he himself always remained inaccessible. In Sculpting in Time, Tarkovsky sets down his thoughts and his memories, revealing for the first time the original inspirations for his extraordinary films-Ivan's Childhood, Andrey Rublyov, Solaris, The Mirror, Stalker, Nostalgia, and The Sacrifice. He discusses their history and his methods of work, he explores the many problems of visual creativity, and he sets forth the deeply autobiographical content of part of his oeuvre-most fascinatingly in The Mirror and Nostalgia.