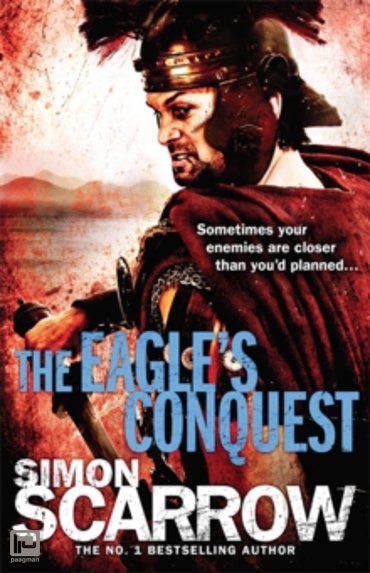 THE EAGLE'S CONQUEST is the thrilling second novel in Simon Scarrow's bestselling Eagles of the Empire series. Essential reading for fans of Bernard Cornwell and Conn Iggulden. When Centurion Macro arrives on British soil as one of Emperor Claudius's invasion force in AD 43, he is facing one of the toughest campaigns of his battle-scarred career.

In a series of bloody skirmishes, Macro and his young subordinate, Optio Cato, and the desperately outnumbered Roman army must find and defeat the enemy before he grows strong enough to overwhelm the legions. But the Britons are not the only foe facing Macro and Cato. A sinister organisation opposed to the Emperor is secretly betraying the invaders.

And when rumours of an assassination attempt coincide with the Emperor's arrival on British soil, the soldiers realise they are up against a force more ruthless than their acknowledged enemy...