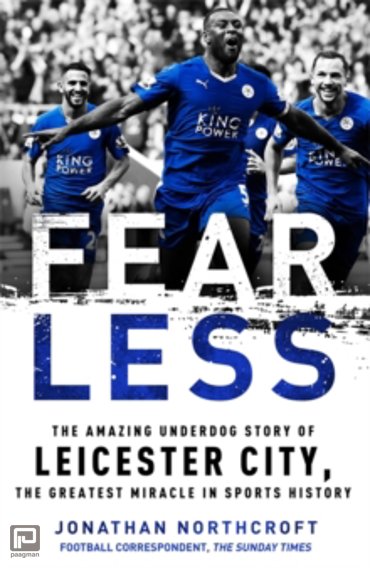 King Power Stadium, countdown to kick off. Out on the pitch a lone brass player sounds the haunting Post Horn Gallop, for 80 years the home players' entrance tune. Spines tingle.

Air is gulped into opposition lungs. Game time, time to begin the chase. Burning fox eyes peer down from between the decks of one of the stands.

On the stadium's outside wall a royal blue LCD display says #Fearless.

Welcome to Leicester City. They were always a club with a difference but in 2015-16 they created a story that in modern football stands unique. Who could believe it: from relegation certainties to champions of England? It was when, on behalf of every small club, dreams were hunted at the King Power, a season where the impossible became merely quarry.

5,000-1 shots when the campaign started, Leicester's transformation has been remarkable.

This is the most incredible cast of written-offs, grafters, misfits and journeymen, coming together in a special time and place to simultaneously have the season of their lives. Fearless will document Leicester's hunt of their impossible dream. It will tell the greatest football tale of the Premier League era, in loving detail, with the inside track. Now that Leicester have gone all the way and won the title, it is the best story in world sports - for years.

Premier League champions. The side who'd been adrift at the bottom 12 months previously, who's started the season as relegation favourites, whose manager was favourite to be the first one sacked once the campaign got underway.