The Shadow of Unfairness : A Plebeian Theory of Liberal Democracy 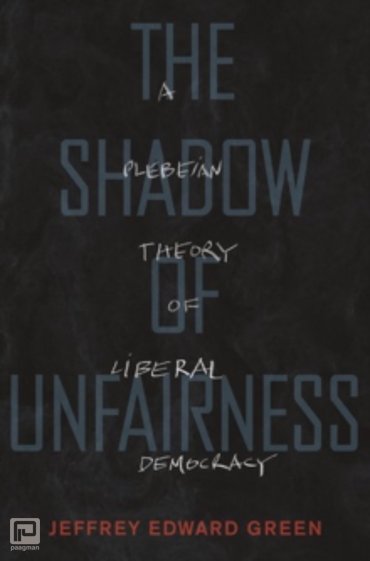 In this sequel to his prize-winning book,AThe Eyes of the People, Jeffrey Edward Green draws on philosophy, history, social science, and literature to ask what democracy can mean in a world where it is understood that socioeconomic status to some degree will always determine opportunities for civic engagement and career advancement. Under this shadow of unfairness, Green argues that the most advantaged class are rightly subjected to compulsory public burdens. And just as provocatively, he urges ordinary citizens living in polities permanently darkened by plutocracy to acknowledge their second-class status and the uncomfortable civic ethics that come with it - specifically an ethics whereby the pursuit of egalitarianism is informed, at least in part, by indignation, envy, uncivil modes of discourse, and even the occasional suspension of political care.

Deeply engaged in the history of political thought,AThe Shadow of UnfairnessAis still first and foremost an effort to illuminate present-day politics. With the plebeians of ancient Rome as his muse, Green develops a plebeian conception of contemporary liberal democracy, at once disenchanted yet idealistic in its insistence that the Few-Many distinction might be enlisted for progressive purpose. Green's analysis is likely to unsettle all sides of the political spectrum, but its focus looks beyond narrow partisan concerns and aims instead to understand what the ongoing quest for free and equal citizenship might require once it is accepted that our political and educational systems will always be tainted by socioeconomic inequality.