The wrong choices of civilization 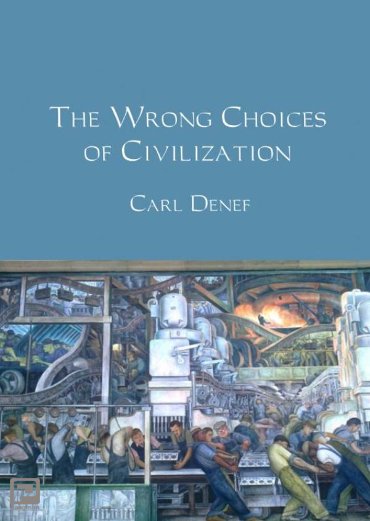 Over the last two centuries humans in the Western World have become the only species living at an ever-increasing productivity and consumption. This is an astonishing paradox as all cultures originally developed intuitive understanding of limitation, the frailty of existence and the sacredness of natural environments. In search of prosperity modern civilization has forgotten what intuition had learned and developed an economic system that was primarily concerned with making money in an elitist social environment and founded on the erroneous thinking that individual pursuit of self-interest and free trade unintentionally leads to a collective benefit to society. Misled by Biblical beliefs, humans were alienated from their own nature and from natural environments. Today, Nature has given us an ultimatum. Climate change, environmental degradation and social injury by capitalism amplify each other in destabilizing society. Only a new economy, in which humans and Nature are central, can bring genuine freedom and justice for all. A World with soon 10 billion people will collapse if it remains built on possession and ruling, instead of on sharing and caring.