The Passage of Power : The Years of Lyndon Johnson Volume 4 Vol. 4 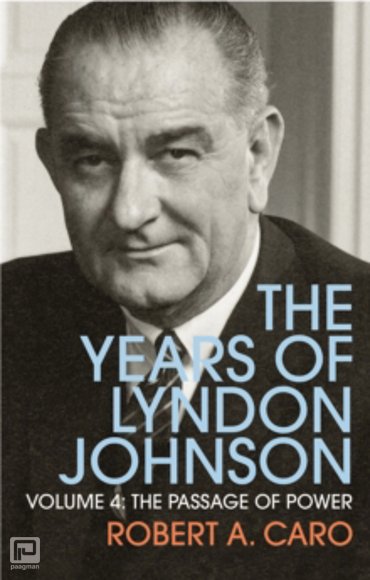 Hailed as 'the greatest biography of our era' (The Times) this is the fourth part of Robert Caro's monumental work on American President Lyndon Johnson. The Passage of Power, 'the series' crowning volume' (Economist), spans the years 1958 to 1964, arguably the most crucial years in the life of Johnson and pivotal years for American history. This era saw some of the most frustrating moments of Johnson's career, but also some of his most triumphant.

His battle with the Kennedy brothers over the 1960 Democratic nomination for president was a bitter one, and the ensuing years of Johnson's vice-presidency were marked with humiliation. But, thrust into power following the assassination of J. F. Kennedy, Johnson grasped the presidential role with unprecedented skill. Caro also provides a fresh perspective on Kennedy's assassination from Johnson's viewpoint, and penetrates deep into what it was like for him to assume a position of such power at a time of national crisis. The Passage of Power documents Johnson's extraordinary early presidency, forcing previously abandoned bills on the budget and civil rights through an uncooperative Congress and striving to achieve what he saw to be the highest standard of office.

In The Years of Lyndon Johnson, Caro shows a delicacy of touch and a profoundness of insight into the state of a nation under the hand of a political master. Collectively these volumes constitute a major history of America in the first three-quarters of the twentieth century.