Scientists Making a Difference : One Hundred Eminent Behavioral and Brain Scientists Talk About Their Most Important Contributions 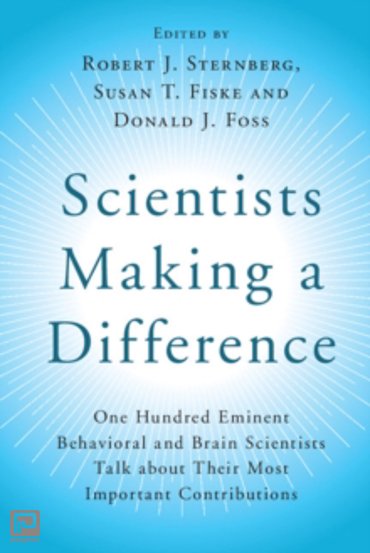 Scientists Making a Difference is a fascinating collection of first-person narratives from the top psychological scientists of the modern era. These readable essays highlight the most important contributions to theory and research in psychological science, show how the greatest psychological scientists formulate and think about their work, and illustrate how their ideas develop over time. In particular, the authors address what they consider their most important scientific contribution, how they got the idea, how the idea matters for the world beyond academic psychology, and what they would like to see as the next steps in research.

The contributors, who were chosen from an objectively compiled list of the most eminent psychological scientists, provide a broad range of insightful perspectives. This book is essential reading for students, researchers and professionals interested in learning about the development of the biggest ideas in modern psychological science, described firsthand by the scientists themselves.