The Other Side of Silence : Bernie Gunther Mystery 11 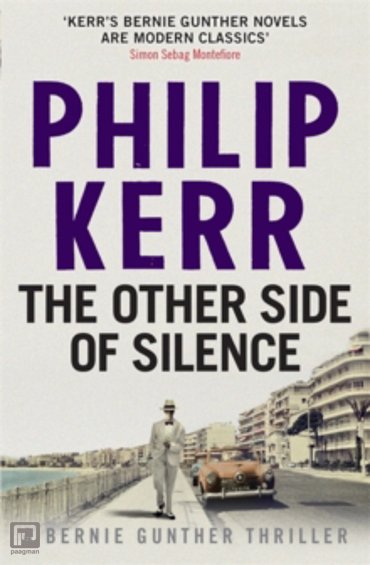 The French Riviera, 1956. A world-weary Bernie Gunther is working under a false name as a hotel concierge. His attempts to keep his nose clean go horribly awry when a wartime acquaintance sucks him into a blackmail plot involving one of the most famous British writers of the 20th century and the notorious Cambridge Spies.

Bernie is missing his old detective life when his past walks through the door in the shape of Harold Hennig, a former captain in the Nazi security service - the man who, in 1945, was responsible for the deaths of thousands, among them a woman Bernie loved. Hennig now enjoys a lucrative career as a blackmailer. Hennig's target on the Cote d'Azur is a famous resident with a dark past and plenty to hide - the writer, Somerset Maugham.

A shared love of bridge draws Bernie to Maugham's magnificent villa, where Maugham tells him of the existence of a very compromising photograph. Taken in 1937, it shows Maugham among a group of naked men beside a swimming pool - one of whom is the infamous spy and homosexual, Guy Burgess, who, with Donald Maclean, has recently defected to Moscow. Hennig has the photograph and is demanding $50,000 for its release.

Bernie is reluctant to become Maugham's agent but his former life has made him as vulnerable to blackmail as Maugham himself. Not only that - he has a massive score to settle with Hennig.