Horns of Power : An Anthology of Essays Concerning the Homed God - Experiences, Mythology, History and Ritual 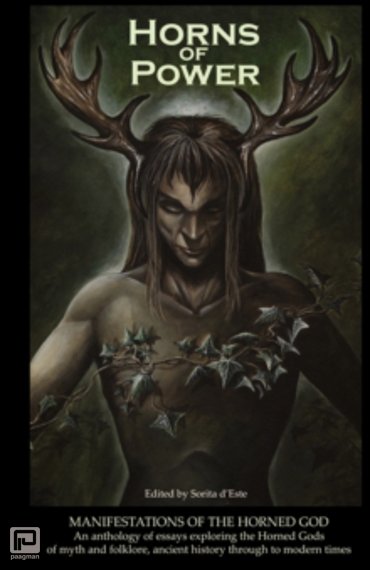 The raw, ancient and primordial force symbolised by horns has long had associations with mystery, magick and power. Our ancestors often envisaged their gods as anthropomorphic beings who encapsulated this wild essence. Today the gods of the bull, the ram, the goat and the stag still hold tremendous power and are invoked at rituals by a new priesthood who continue to seek the wildness of nature and the inspiration that it holds. These deities transcend the safe and known boundaries of human structure, sometimes even luring us across the threshold of the known into the unknown worlds beyond. This unique anthology brings together the work of more than twenty people, including that of dedicated scholars and modern day mystics. Through their written and artistic contributions they illustrate some of the many manifestations of the Horned God. A true cornucopia of both insightful and well researched essays takes us from the well known Celtic Cernunnos and the legend of Herne the Hunter, to the goat-footed Greek Pan, the lesser known Slavic Veles and Egyptian Khnum. Horned serpents, unicorns, the tale of the Battle of the Bulls in the Irish Táin Bó Cúailnge, the Welsh Gwyn Ap Nudd and the faery Puck are all also considered. Then a wild hunt as we journey with the mystics who share their own experiences of the gods of the wildwood and untamed beasts. Each story is as different as the person who experienced it - and each illustrating in its own unique way a Horned God who is wild, unpredictable, loving - and at heart a trickster. For those who wish to dare a bit more than others, visionary meditation journeys to explore the mysteries of Cernunnos and Gwyn Ap Nudd are included. Horns of power would of course be nothing without the horns of beauty of the feminine divine, and in the final section of this anthology the reader is presented with works exploring horned goddesses, such as the lunar horned Hekate, Selene and Artemis and the antlered Elen. Whether through the mysteries of their existence, the vast scope of their influence or the endurance of their survival through to the modern day, each contribution provides a window into the wonders and mystery of the enduring magick of the horned gods.