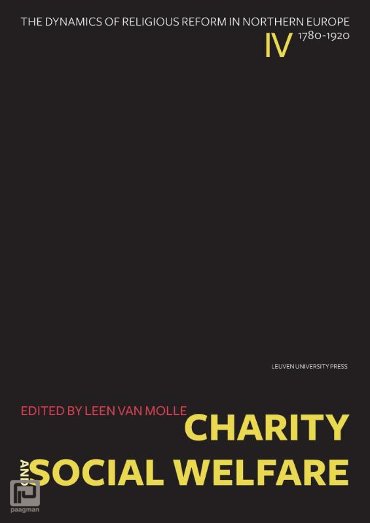 the dynamics of religious reform in northern europe, 1780-1920
How churches in Northern Europe reinvented their role as providers of social relief.
Charity is a word that fits well in the history of religion and churches, whereas the concept of social reform seems to belong more to the vocabulary of the modern welfare states. Christian charity found itself, during the long nineteenth century, within the maelstrom of social turmoil. In this context of social unrest, although charity managed to confirm its relevance, it was also subjected to fierce criticism, as well as to substitute state-run forms of social care and insurance.
The history of the welfare states remained all too blind to religion. This fourth volume in the series 'Dynamics of Religious Reform' unravels how the churches in Britain and Ireland, Denmark, Sweden and Norway, Germany, the Netherlands and Belgium shaped and adjusted their understanding of poverty. It reveals how they struggled with the 'social question' and often also with the modern nation states to which they belonged. Either in the periphery of public assistance or in a dynamic interplay with the state, political parties and society at large, the churches reinvented their tradition as providers of social relief.
Contributors:
Andreas Holzem (Universität Tübingen), Dáire Keogh (St Patrick's College, Dublin City University), Frances Knight (The University of Nottingham), Nina Koefoed (Aarhus Universitet), Katharina Kunter (Germany), Bernhard Schneider (Universität Trier), Aud V. Tønnessen (Universitetet Oslo), Annelies van Heijst (Tilburg University), H.D. van Leeuwen and M.H.D. van Leeuwen (Universiteit Utrecht), Leen Van Molle (KU Leuven).