40 Years Surinamese Music in The Netherlands 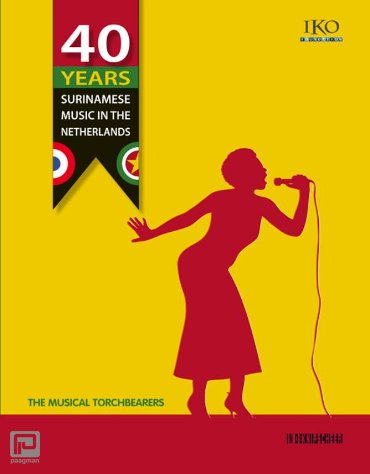 the Musical Torchbearers + 2CD
On the eve of Surinamese independence on November 25, 1975, large numbers of Surinamers emigrated to the Netherlands bringing an entire range of cultural expressions with them that naturally included music. The new fatherland offered fresh opportunities for the Surinamese musical flame to burn. For one thing, it was simply easier to buy an instrument in the Netherlands and being able to attend festivals and concerts brought Surinamese musicians into contact with colleagues from all around the world. Their dreams became musical reality. Musicians born in Coronie, Nickerie, or Paramaribo took stages by storm throughout Europe and far beyond. The notes in the souls of the artists sparked flames. These flames in turn ignited torches. We call those who were actually able to realize their artistic ideas and who led the way down what were sometimes untrodden musical paths, musical torchbearers, a.o. Fra Fra Sound, Lieve Hugo, Ronald Snijders, Robby Harman, Kenny B., Gerda Havertong, Trafassi, Dave MacDonald, P-I Man, Robbie Alberga, Djinti, Iwan van Hetten, Andro Biswane, Manoushka Zeegelaar Breeveld, Jeannine LaRose, Norman van Geerke maar ook Oema Soso, Funmasters, Ewald Krolis, Pawana and Raj Mohan. With the making of this musical survey (presenting 40 artists in words and images plus a number/composition of each of them on the 2 CD included) a significant portion of Surinamese Dutch cultural legacy has been documented for present and future generations.