The secret Migs of Bornholm 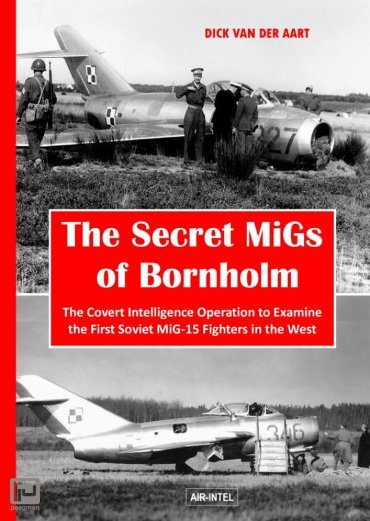 the covert intelligence operation to examine the first Soviet Mig-15 fighters in the west
On 5 March 1953 a young Polish Air Force pilot defected with a brand-new Soviet MiG-15 jet fighter to the Danish island of Bornholm. It was the first MiG-15 in the hands of the West and this incident offered an unique opportunity for a detailed study of the much-feared Soviet combat aircraft. Denmark, afraid of the military power of Moscow, wanted to ship the precious jet back to Poland as soon as possible, but its NATO allies - especially the United States and Great Britain - demanded a full-scale examination of the MiG and pressed Copenhagen to keep the Polish fighter or at least delay its return. In a tense political give-and-take the Danish government reluctantly accepted the help of foreign experts, but insisted that the intelligence exploitation was kept secret for the rest of the world. To the dismay of Denmark, the first MiG-15 to Bornholm was followed by two others from Poland. A fourth Polish pilot escaped to Sweden. All these MiGs were covertly examined. Based on extensive research and many declassified Top Secret documents, The Secret MiGs of Bornholm tells in fascinating detail the story of one of the most successful military intelligence operations of the Cold War.