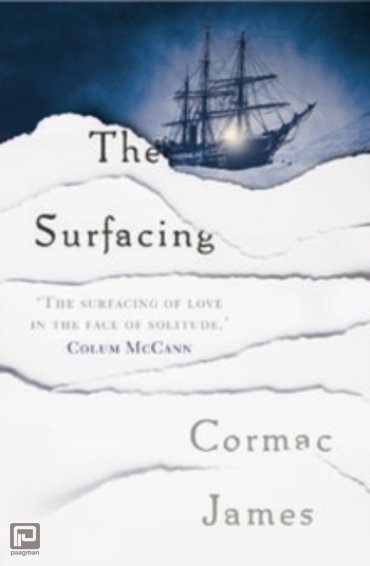 THE SURFACING is set largely on board a ship in the 1850s, searching for Franklin's lost expedition. It's a challenging and dangerous endeavour in a very male world - that is until Morgan, the second-in-command of the Impetus, realises there is a pregnant stowaway on board and that he is the father. It is too late to turn back, the ice is closing in, and the child will have to be born into the vast and icy wilderness of the Arctic.

The men, especially the ship's doctor, DeHaven, and the second in command, Lieutenant Morgan, have doubts about the judgement of their captain, and soon their own vessel becomes trapped in the remote Arctic. THE SURFACING is in places quite literally breathtaking. It is a powerful novel of isolation and impasse, resilience and resistance, exploring the battle between man and an unforgiving environment, and the struggle between the sexes.

The power of ambition, what drives human beings to take outrageous physical risks, the nature of courage, and of love - in an unforgettable setting, often bleak, sometimes beautiful, always conveyed in brilliant, keenly pared prose. And in addition to Kitty and Morgan and the rest of the crew, the ice itself forms an extraordinary character in its own right - sometimes shifting, sometimes stubborn, mostly treacherous.