The seventh king of the beast from the abyss is coming soon! 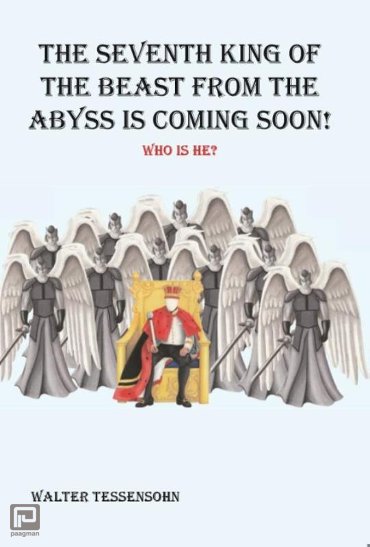 who is he?
The seventh king of the beast from the abyss is coming soon!
When it comes to expectations about the coming of Jesus, one generally refers to the Antichrist and the great tribulation, but the times before those events are the first indications of the coming of Jesus Christ.
After all, the Bible speaks of two signs that Christ's coming is imminent. The coming of the Antichrist is one of them, but there is a sign that precedes the Antichrist: the falling away from the religions, philosophies and orders (RPOs)!
The falling away is a very clear sign. This event occurs under the regime of the seventh king of the beast from the abyss. He initiates this event, but it should be noted that he is motivated and controlled by Satan, the dragon. Satan will be cast out of heaven (Revelation 12: 9-10.) and will defeat three of the ten fallen angels of the abyss, which govern the seventh king and take their place.
When the seventh king is coming is not clear, but Satan will only be cast out from heaven, when the base of his power is lost. That basis is formed by the aforementioned RPOs. The fallen angels who initiated and maintained these RPOs, have (already) been defeated, so the sins associated with these RPOs, do not help maintain Satan's power base. This allows Michael and the angels of God to remove Satan and his angels from heaven (Rev. 12:7-12).
During the reign of the seventh king, besides the removal of Satan from heaven and the falling away from the RPOs, the daily sacrifice will be stopped. The worship of God, the Father of Jesus Christ (the daily sacrifice), will be banned! And this is not even the great tribulation!
The author is an elder and a teacher in an Evangelical Church in the Netherlands. He has written several books on pastoral care, faith-building, spiritual warfare, the end-times, the Marian dogmas, reformed doctrines, Jehovah's Witnesses, Satanism, humanism, atheism, Israel, the Church and Islam.