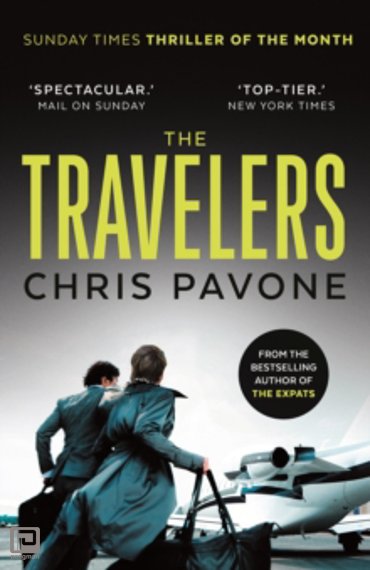 The pulse-racing international thriller of the year. Meet Will Rhodes: travel writer, recently married, barely solvent, his idealism rapidly giving way to disillusionment and the worry that he's living the wrong life. Then one night in Argentina a beautiful woman makes him an offer he can't refuse.

Soon Will's bad choices - and dark secrets - take him across Europe, from a Bordeaux chateau to a midnight raid in Paris, from a Dublin dive-bar to a mega-yacht in the Mediterranean and an isolated cabin perched on the cliffs of Iceland. As Will is drawn further into a tangled web of international intrigue, it becomes clear that the network of deception ensnaring him is part of an immense and deadly conspiracy with terrifying global implications - and that the people closest to him may pose the greatest threat of all. "Continues his run of smart, elegant thrillers ...written with wit and charm as well as satirical brio." (Guardian).

"It's hard to believe this is only Pavone's third book - he's already an automatic must-read for me." (LEE CHILD). "A successful mix of Gone Girl and John Le Carre ...Events speed to a spectacular denouement." (Mail on Sunday, Thriller of the Week).