Interdisciplinarity between Humanities and Science - CLUES 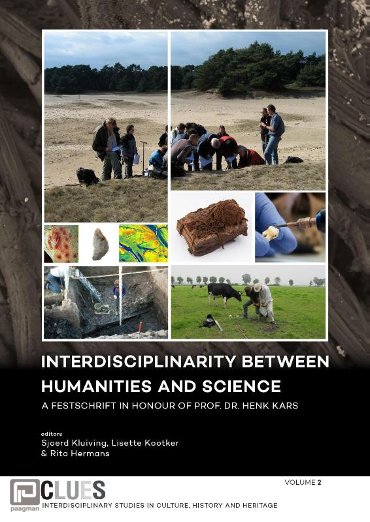 A Festschrift in honour of Prof. Dr. Henk Kars
Henk Kars was appointed as first Chair of Archaeometry in The Netherlands in 1994. From 2002 he was full time professor at the Vrije Universiteit Amsterdam, interim Director of CLUE, and founder and Managing Director of the Institute for Geo- and Bioarchaeology. This festschrift volume incorporates original publications in the field straddling the Sciences and Humanities produced by various former PhD-students, post-docs and colleagues.

Landscape archaeology is described in the first cultural landscapes of Europe as a mysterious outcome, while the historical record of surface water flow of the central Netherlands is reviewed. The south-western Netherlands are historically analysed since military inundations during the Eighty Year's War. The palaeolandscapes of the eastern Netherlands are reconstructed to locate the origins of the river Linge. The long time scale is considered in a 220.000 year overview of landscape development and habitation history in Flevoland.

Bioarchaeology is represented in a review of the current state of isotope research in The Netherlands and a correlation between bio- and geochemistry meets an analysis of organic residues in copper corrosion products. Archaeometry reveals the colour of Dutch archaeological textures. The relevance of a quartzite Neolithic axe found near to Huizen, The Netherlands is described.

CLUES is an international scientific series covering research in the field of culture, history and heritage which have been written by, or were performed under the supervision of members of the research institute CLUE+.

The first cultural landscapes of Europe: A true enigma
J.C.A Kolen & B. Oosterwijk

On the 'Quartzite Palaeolithic' of the Naarder Eng (Huizen, the Netherlands). Relevance of a quartzite Neolithic axe find
M. Langbroek

Flooded, flattened and rebuilt archaeological sites. The case of strategic inundations during the Eighty Year's War and how the archaeology developed after reclamation of the landscape
Adriaan de Kraker

Many shades of brown. The condition and colour of Dutch archaeological textiles from dryland sandy soils, bogs, and the sea
Ineke Joosten & Maarten R. van Bomme