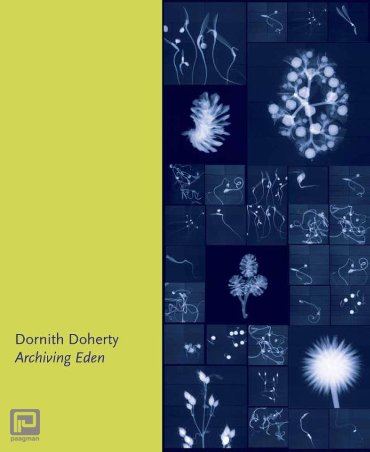 Spurred by the impending completion of the Svarlbard Global Seed Vault, Archiving Eden explores the role of seed banks and their preservation efforts in the face of climate change, the extinction of natural species, and decreased agricultural diversity. Serving as a global botanical backup system, these privately and publicly funded institutions assure the opportunity for reintroduction of species should a catastrophic event or civil strife affect a key ecosystem somewhere in the world.
Since 2008 Dornith Doherty has worked in collaboration with renowned biologists at the most comprehensive international seed banks in the world: the United States Department of Agriculture, Agricultural Research Service's National Centre for Genetic Resources Preservation in Colorado, U.S., the Millennium Seed Bank, Royal Botanic Gardens, Kew in the U.K.; and PlantBank, Threatened Flora Centre, and Kings Park Botanic Gardens in Australia.
Utilising the archives' on-site x-ray equipment that is routinely used for viability assessments of
accessioned seeds, Doherty documents and subsequently collages the seeds and tissue samples
stored in these crucial collections. The amazing visual power of magnified x-ray images, which
springs from the technology's ability to record what is invisible to the human eye, illuminates her
considerations not only of the complex philosophical, anthropological, and ecological issues
surrounding the role of science and human agency in relation to gene banking, but also of the
poetic questions about life and time on a macro and micro scale. Doherty is struck by the power of
these tiny plantlets and seeds (many are the size of a grain of sand) to generate life and to endure
the time span central to the process of seed banking, which seeks to make these sparks last for two hundred years or more.
Use of the colour delft/indigo blue evokes references not only to the process of cryogenic
preservation, central to the methodology of saving seeds, but also to the intersection of east and
west, trade, cultural exchange, and migration. This tension between stillness and change reflects
her focus on the elusive goal of stopping time in relation to living materials, which at some
moment, we may all like to do.
Dornith Doherty was born in Houston, Texas and received a B.A. cum laude from Rice University
and a MFA in Photography from Yale University. She is Distinguished Research Professor at the
University of North Texas, where she has been on the faculty since 1996. In 2012 she was awarded
a Guggenheim Foundation fellowship. Doherty's work has been featured in exhibitions widely in
the U.S. and abroad at institutions including: FotoFest, U.S.; The Bluecoat, U.K.; The Centro de
Fotografía, Spain; Galerie Lužánky, Czech Republic; The Minneapolis Institute of Arts, U.S.; the
Museum Belvédère, The Netherlands; The Museum of Photography, Rafaela, Argentina. Her work
is held in numerous permanent collections across the world.