A Miscellany of Magical Beasts 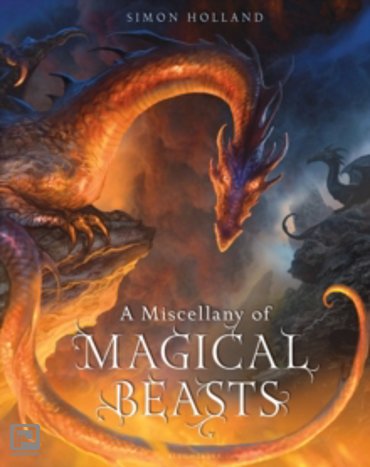 Enter an incredible world of magical beasts, dare to draw near to their captivating powers, and discover the spellbinding stories of 16 favourite mythical creatures from around the world. Venture into this world and you'll discover why griffins collect a gem called agate, how to put out dragon fire, how mischievous elves can cause terrible nightmares, and much, much more. A Miscellany of Magical Beasts is a beautiful, luxurious gift book showcasing a fascinating menagerie of creatures from the world's timeless mythologies and legends.

Presented in an incredible package with spectacular cover finishes, it is sure to be treasured by fantasy enthusiasts. Each beast is beautifully illustrated with rich, enchanting artworks, accompanied by amazing facts. Five feature spreads take a different approach to each particular beast - including a gleaming guide to the world's dragons and an enchanting introduction to elf spells and tricks.