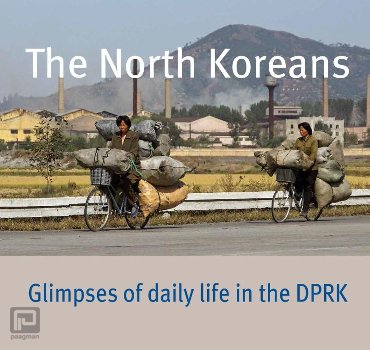 glimpses of daily life in the DPRK
This book is not about parades and mass events of official DPRK propaganda, neither does it pretend to show "secret North Korea". Glimpses of Daily Life presents "unofficial" North Korea. It shows how people live their daily lives against the backdrop of totalitarian ideology - lives of a bizarre otherworldliness within the 21st century. This selection of photographs, made by DPRK watchers over the past decade, not only has a documentary value; the lines and colours of architecture, landscape and the calligraphy of the ubiquitous slogans and announcements are often strangely aesthetic. An important and disturbing book. Photographs by Martin Tutsch, Eric Lafforgue, Raymond K. Cunningham Jr. and others.