The Last Family in England 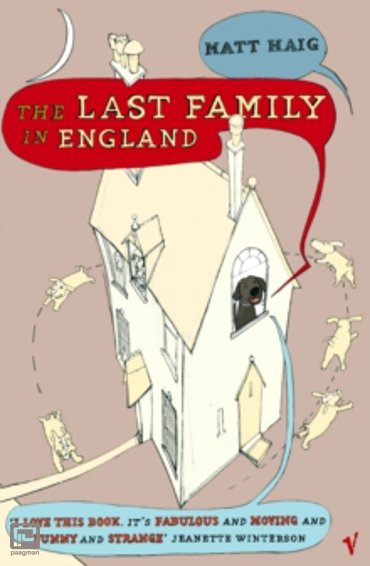 Meet the Hunter family: Adam, Kate, and their children Hal and Charlotte. And Prince, their black Labrador. Prince is an earnest young dog, striving hard to live up to the tenets of the Labrador Pact (Remain Loyal to Your Human Masters, Serve and Protect Your Family at Any Cost).

Other dogs, led by the Springer Spaniels, have revolted. Their slogans are 'Dogs for Dogs, not for Humans' and 'Pleasure not Duty'. Mentored by an elderly Labrador called Henry, Prince takes his responsibilities seriously, and as things in the Hunter family begin to go badly awry - marital breakdown, rowdy teenage parties, attempted suicide - his responsibilities threaten to overwhelm him.

And down in the park it's even worse: Henry has disappeared; Falstaff the Springer Spaniel wants to lead Prince astray; Joyce the Irish wolfhound has been murdered. In the end Prince is forced to break the Labrador Pact and take desperate action to save his Family.