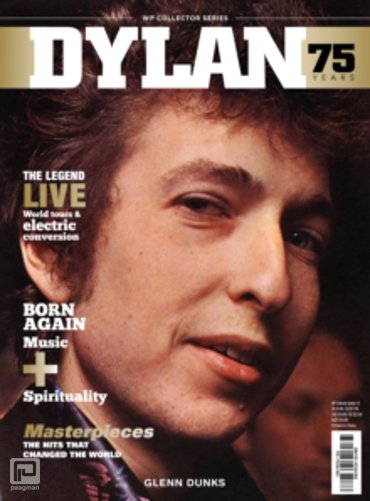 Across five decades of music Bob Dylan has been a constant. The 75-year-old is beloved as a singer, writer, producer, actor, artist, and folk poet. Since his recording debut in 1962, barely a year has gone by without a new Bob Dylan album or concert.

It is a mammoth feat for a man who doesn't appear to like his fame and instead has spent a career making music about things that are far less instantly tangible than money and success. Dylan: 75 Years is a commemorative publication celebrating Bob Dylan's life, from his early political protest songs to his controversial shifts in electric and born again Christian music to the late-career resurgence that has seen him accept Grammys and Academy Awards and face adoring crowds night after night. His career has swerved into almost as many unexpected directions as Madonna while keeping the flame of John Lennon's social awareness alive mixed with the never-ending touring rock spirit of The Rolling Stones.

At age 75, some 55 years after being signed to Columbia Records, Bob Dylan is working more than ever.With estimated album sales of over 120-million records worldwide, he is a success by all rational gauges and the 75th birthday of The People's Poet is a great time to celebrate this artist.