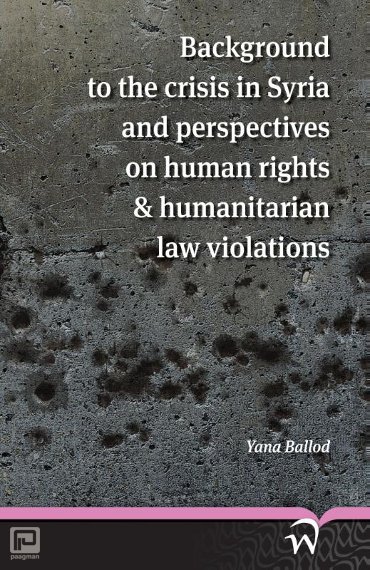 Since the beginning of the crisis in Syria, in mid-March 2011, the context in which it is regarded has been constantly changing. Four years later, the escalating violent armed conflict, fired from the "Arab Spring" movement has led to the rise of terrorist groups and a huge wave of refugees fleeing from the country.
The present publication addresses the developments before 2011, as well as between mid-March 2011 and July 2015. It provides the factual background to the crisis and its analysis within the scope of humanitarian and human rights law. This volume is useful for understanding the roots of the crisis and its circumstances before summer 2015.
A detailed research on what has happened and is happening in Syria brings up numerous unsolved issues within the international community. International law provides several possibilities for conflict resolution and stabilising crises: timely and effective response of international community represented by United Nations and its agencies, in particular United Nations Security Council; enforcement of the responsibility to protect; imposing sanctions; bringing to international justice and internationally addressing elements of the crisis, e. g. terrorism. However, with the involvement of different international actors, the implementation of international law depends on the particular behaviour of each of them. This way even erga omnes norms become voluntary.
In the case of Syria, the application of international law instruments has been accompanied by hesitation. Cross-regional, regional and internal tensions prevented international community from shaping a coherent and decisive response to mass atrocities taking place in Syria. Thus, this research questions the existing system of leverages and sets an ambitious goal of finding out how to change it.