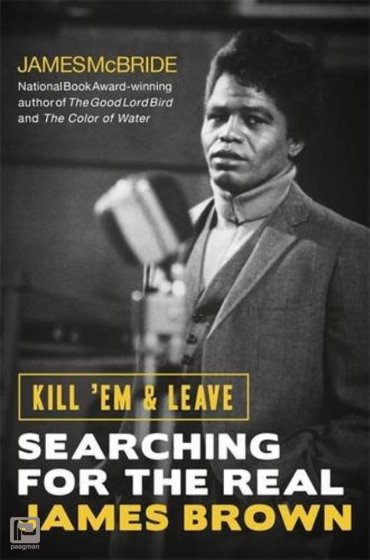 Searching for the Real James Brown
He was known as the 'Godfather of Soul'. Others called him 'The Hardest Working Man in Show Business'. But who was the 'real' James Brown? In Kill 'Em & Leave, award-winning novelist James McBride embarks on a personal journey to uncover the life and legacy of soul genius James Brown. Yet this book is much more than just a biography: told through the lens of McBride's own background as an African-American and professional musician, Kill 'Em & Leave is a stirring, lyrical account of the impact on popular music, and on the people around him, of one of the most influential and complicated figures of the twentieth century.

'The astonishing tangle of greatness and mayhem that was James Brown is embedded in this book. Honestly, it's not a musical biography. It's more than that. It conjures not just the man but the groove itself' David Simon, award-winning creator of The Wire