Hammer and the anvil 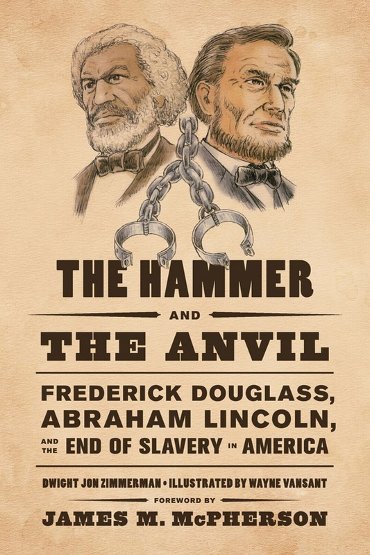 The entwined lives of Lincoln and Douglass and the end of slavery With a foreword by the Pulitzer Prize winning historian James M. McPherson, The Hammer and the Anvil presents in full-color illustrations the history of slavery, the Civil War, and emancipation through the lives of Abraham Lincoln and Frederick Douglass. The talent behind the book includes Dwight Jon Zimmerman, an award-winning author of military history and graphic novels; the historian and consultant Craig Symonds, winner of the Lincoln Prize; and the artist Wayne Vansant, illustrator of Marvel Comic's The Nam and the highly regarded nonfiction graphic history from Novel Graphics The Vietnam War. Together they tell the story of two men who defined their era. Possessed of a deep antipathy to slavery as a young man on the free-spirited American frontier, President Lincoln wrestled repeatedly with the dilemma the peculiar institution presented. Douglass, a brilliant runaway slave, sought to force America to confront its original and gravest sin. Driven by conviction to great words and deeds, each man helped to make the nation we live in today. The Hammer and the Anvil is an ideal introduction not only to two iconic Americans but also to the most compelling moments in American history.