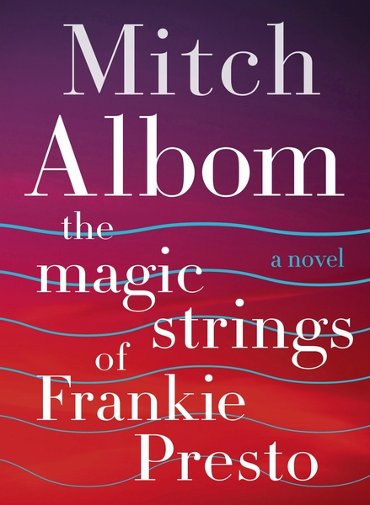 In Mitch Albom s epic new novel, the voice of Music narrates the tale of Frankie Presto, a Spanish war orphan raised by a blind music teacher. At nine years old, Frankie is sent to America in the bottom of a boat, with an old guitar and six magical strings.

But Frankie s talent is touched by the gods, and it weaves him through the musical landscape of the twentieth century, from classical to jazz to rock and roll. Along the way, Frankie translates for Django Reinhardt, backs up Elvis Presley, even counsels Hank Williams.

Yet his gift becomes his burden, as he learns his magic strings can deeply affect people s futures. Overwhelmed by life and loss, he disappears for years, only to reemerge in a spectacular and mysterious farewell.

With its Forrest Gump like journey through the music world, The Magic Strings of Frankie Presto is a classic in the making. Everyone joins a band in this life, Albom observes. And those connections change the world."