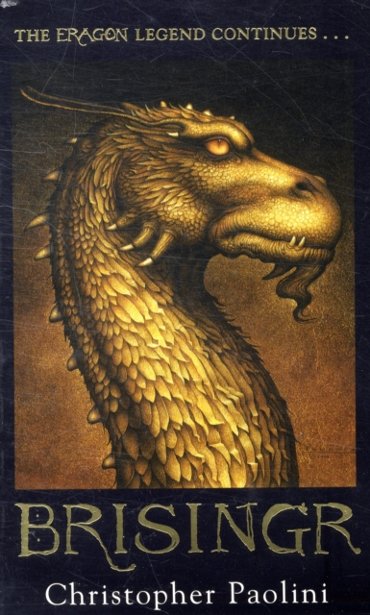 The much-anticipated third book in Paolini's Inheritance Cycle continues to rely heavily on classic fantasy tropes. The novel launches with magician and Dragon Rider Eragon, his cousin Roran and the dragon Saphira on a quest to rescue Roran's betrothed. The cousins soon split up, and Roran undergoes his own series of heroic tests, culminating in a well-choreographed and intense fight against an Urgal (a ram-human hybrid). Eragon, at the same time, encounters treacherous dwarves, undergoes even more training with the elf Oromis and gains a magical sword suitable for a Dragon Rider. The silly revelations about Eragon's background in the previous book, Eldest, are given a new spin near the end, but the change is neither unexpected nor interesting. Predictably, the book concludes with even more character deaths and another battle, but those expecting a resolution will have to wait until the next novel. The cliched journey may appeal to younger readers of genre fiction. Older teens, even those who might have first cut their teeth on Paolini's writing years ago, are less likely to be impressed.