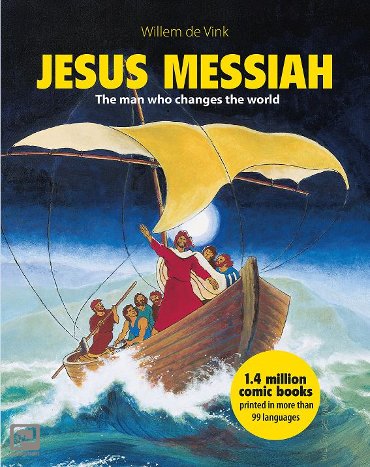 the man who changed the world
Jesus Messiah comic book. In English. The most told story ever.
This comic book portrays the life story of Jesus. It is a timeless story drawn in a timeless style that is being read all over the world. This book has been printed in more than 99 languages with a circulation of 1.4 million copies.

The life story of Jesus in the Bible is the most told story of all times. Why is it so special? Jesus said: "Love your enemies". He himself lived up to that. He was innocent. Yet, he was sentenced on a cross. But he rose from the dead. He promised the same power to everyone who believes in him. It is the power of the love that conquers even death.

For every comic book sold, 1 euro will be used for distribution in regions where Jesus is first introduced.